The subject and the location of this video is the hydroelectric power station in Gabcikovo, where we recorded a music piece with 3D video technique and 5.1 channel sound system.

The sound material was recorded live with six microphones in the abandoned warehouse in Galanta. The microphones were organized in a hexagonal formation, facing outwards, modeled the sound of the space. During the video presentation the speakers were placed the same way as the microphones. This sound experience is synchronized with the video played in 3D technique and which contains field recordings from the different locations.
In the live performance the field recordings provided the raw material, which were expanded with the sound of our musical instruments. This was set into the six-channel panorama system, which enables the movement of the sound in the space together with the 3D video.  The result will be a complex sonic experience for the viewer, where every musical experiment goes through a specific filter. 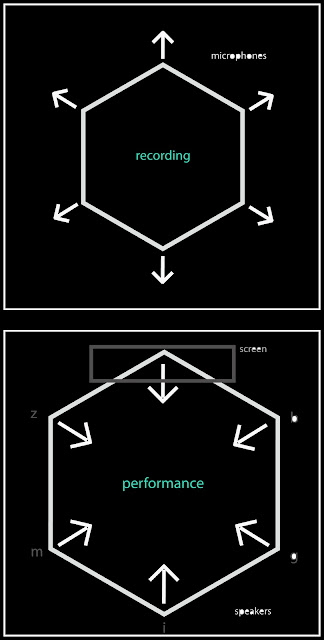 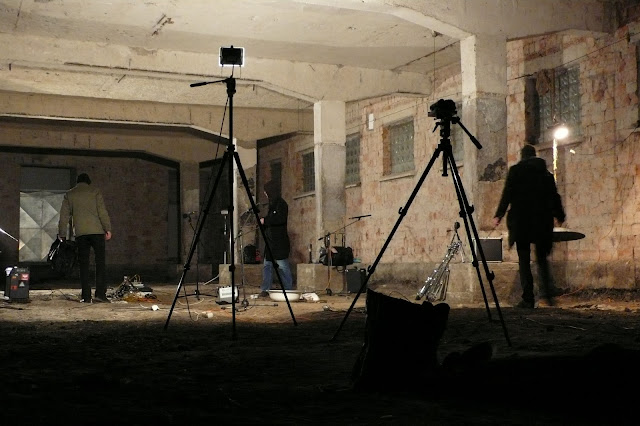